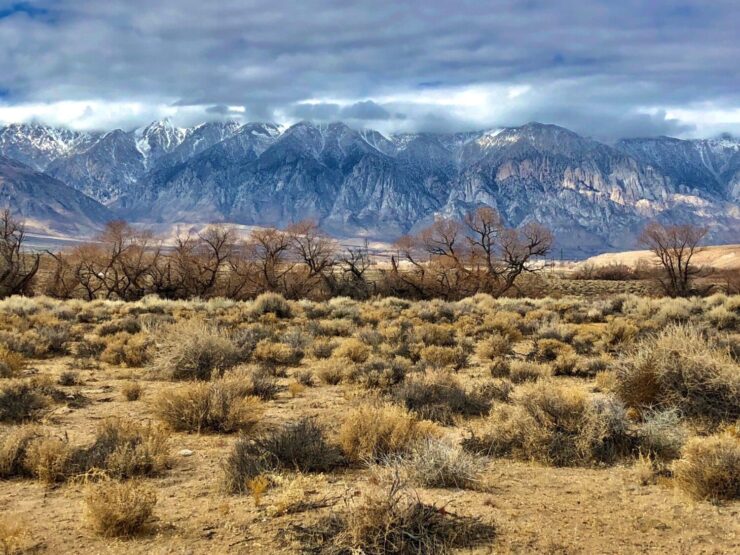 Los Angeles’s acquisition of virtually all land and water on the floor of Owens Valley, and the resulting status of the valley as a resource colony underlies almost all questions of Owens Valley resource management.

Rather than attempting to directly remedy this historic injustice, the OVC has, instead, sought an indirect remedy through enforcement of recent legal agreements between LA and Inyo County controlling management of ground and surface water, and mitigation of impacts caused by these activities since 1970.

The agreements on which OVC has focused were negotiated to settle litigation initiated by Inyo County after Los Angeles enlarged the capacity of its aqueduct in 1970 (time line of legal events).

This litigation, in various forms, continued until the 1991 signing of the the Inyo-Los Angeles Water Agreement (LTWA). However, the Environmental Impact Report (EIR) for the LTWA was legally deficient, and it took six more years to negotiate a Memorandum of Understanding (MOU) in 1997 which remedied some of the deficiencies.

Important water management goals of these agreements (LTWA/EIR/MOU) are: 1) no new impacts (relative to conditions in the 1984-1987 baseline period) be created which cannot be acceptably mitigated; 2) ranchers (LADWP lessees) receive sufficient surface water to conduct operations as conducted in 1981-1982; and 3) LA and Inyo receive a “reliable” water supply. These agreements also call for implementation of numerous projects to mitigate damage caused by DWP during the 25 years it took to settle the litigation.

Unfortunately, of the important management goals listed above, only the goal of providing a reliable water supply to Los Angeles is being realized. And many of the mitigation projects are incomplete and/or self-defeating over two decades after the LTWA was signed.

As a signatory to the 1997 MOU the Owens Valley Committee has legal standing to sue LADWP on issues regarding the MOU. It has done so repeatedly and with repeated success. However, the 1991 LTWA itself is essentially a contract between Inyo County and the City of Los Angeles. When DWP violates the LTWA it is up to Inyo County to seek a remedy — it is difficult for OVC (or any other third party) to seek legal redress because it must first establish legal standing to do so.

This page provides links to discussions of a very small sampling of numerous unresolved management issues. Some of the discussions are incomplete and need updating. This is a never-ending process because the conflicts themselves are rarely resolved. The unceasing conflict over Owens Valley water reflects the failure of the LTWA/EIR/MOU to attain its goals, and arises from the fundamental injustice of the colonial status of Owens Valley.