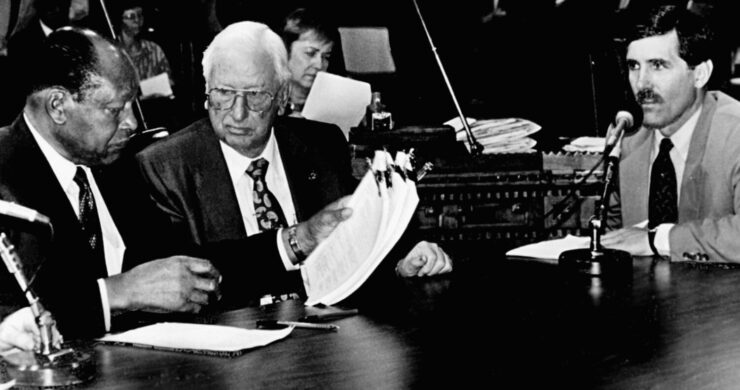 Action: Write to the Inyo County Board of Supervisors or the LADWP Board of Water and Power Commissioners. Urge Inyo County to reject a larger station and urge Los Angeles to abide by the terms of the Inyo-Los Angeles Water Agreement.

Background: The Los Angeles Department of Water and Power (LADWP) has launched a lobbying campaign to persuade Inyo County and other parties to the MOU to allow it to build a pumpback station — as part of the Lower Owens River Project (LORP) — with a capacity three times larger than that permitted in the Inyo-LA Water Agreement.

In its lobbying, LADWP argues that it can meet its requirements for maintaining and enhancing habitat in the Owens River delta without using the full volume of water in the annual Owens River “flushing flows” (i.e. large flows designed to duplicate annual floods which occur in unmanipulated rivers). It claims to be entitled, therefore, to capture these flows with the proposed enlarged capacity of the pumping station.

Regardless of LADWP’s claims regarding flows and habitat, any enlargement of the capacity of the pumping station will facilitate development of new well-fields upstream of the station. This fact is not being publicized by LADWP and is the basis of our objection to the proposed enlargement.

The purpose of the LORP is to mitigate impacts of LADWP’s groundwater pumping — not induce creation of new well-fields. There are currently no wells east of the LA Aqueduct. Water from any new wells on either side of the Owens River adjacent to the LORP would drain to the Owens River and flow to the pumpback station. By providing the capacity to capture this water the proposed enlargement would convert the LORP from a mitigation project to a groundwater export facility and so subvert the purpose of the LORP.

As a party to both the Water Agreement and MOU, Inyo County could insist that the pumpback station meet the requirements of the Water Agreement. According to the director of the Inyo County Water Department, however, the county has taken the position that if the other MOU parties agree to the enlarged capacity, the county would not object. We believe the county should defend its interests and reject the proposed enlargement.

LADWP is, in effect, trying to re-negotiate a portion of the Water Agreement and its efforts are being taken seriously. The Water Agreement and MOU are the products of years of arduous negotiations. LADWP signed both documents and it is legally obligated to adhere to them. We ask that LADWP carry out its obligation with regard to the size of the pumpback station.