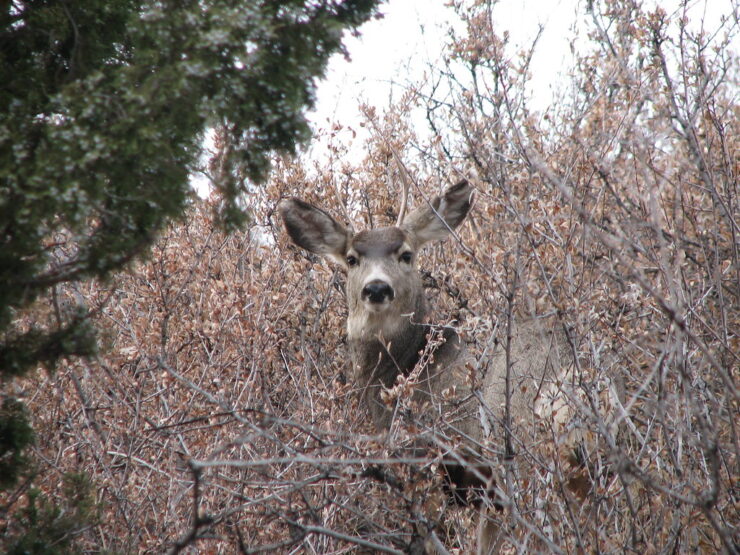 The Owens Valley vole (Microtus Californicus vallicola), a nocturnal short-tailed vole, makes its home in groundwater-dependent meadows on the valley floor. Its current status–severely threatened by degradation of its habitat due to groundwater pumping and grazing–is unknown. In contrast, several other Owens Valley rodents, including kangaroo mice species (Microdipodops) and pocket mice species (Perognathus), prefer more arid, sandy habitats on the valley floor and on alluvial fans; they extract the water they need from the seeds they eat.

Mule deer (Odocoileus hemionus) overwinter on the alluvial fans at the toes of the Sierra Nevada in the west and frequently migrate through the Owens River valley to and from winter range in the volcanic tablelands at the north end of the valley.

Mountain lions (Felis concolor), not coincidentally, occupy the same range. On the east side of the valley, desert bighorn sheep Ovis canadensis nelsoni range from the ridges of the White and Inyo Mountains down to relatively low elevations in stream canyons on the west side of the escarpment, but are rarely seen crossing the valley floor.

Deepest Valley (Genny Smith books: 1995) contains detailed and lively descriptions of many of these and many other Owens Valley mammals. Natural History of the White-Inyo Range (University of California Press: 1991) covers many of the rest. For an idea of how difficult it is to find the Owens Valley vole nowadays, see an online thesis regarding Owens Valley vole ecology.